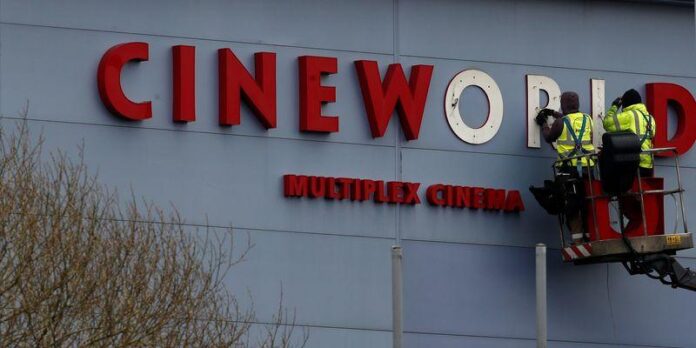 (Reuters) – Cineworld CINE.L said on Thursday it might need to raise more money if it is required to shut its theatres again following fresh pandemic curbs, as one of the world’s biggest cinema operators swung to a $1.64 billion loss for the first half.

The British company, which counts the United States as its largest market, said it was in talks with lenders to avoid an impending loan default, and flagged risks to its ability to continue as a ‘going concern’ as studios delay major releases and people stay away from theatres.

“If governments were to strengthen restrictions on social gathering, which may therefore oblige us to close our estate again or further push back movie releases, it would have a negative impact on our financial performance and likely require the need to raise additional liquidity,” the company said.

The new restrictions could be a major blow to the company, which has reopened 561 out of 778 sites and highlighted the strong performance of Christopher Nolan’s “Tenet” earlier this month.

Cineworld posted a pretax loss of $1.64 billion for the six months ended June 30, from a profit of $139.7 million last year as its cinemas were shut from mid-March until August.

Reporting by Tanishaa Nadkar in Bengaluru, Editing by Sherry Jacob-Phillips and Saumyadeb Chakrabarty

Stock market news that you should not miss today