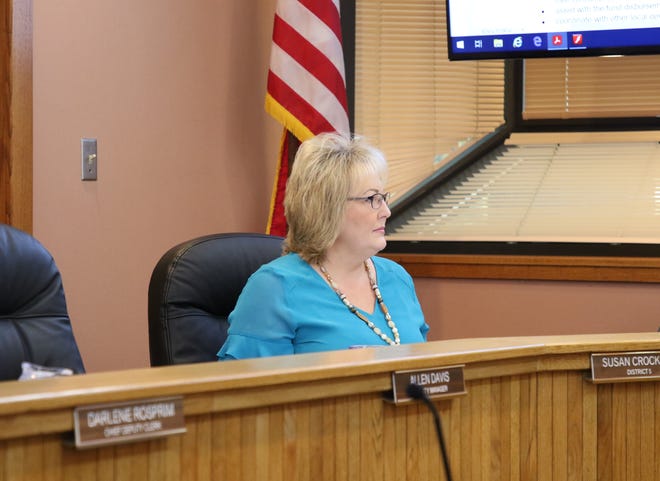 Eddy County chose the Carlsbad Department of Development (CDOD) to act as a third-party to administer nearly $1 million in Coronavirus Aid, Relief and Economic Security Act (CARES Act) funding for small businesses in the unincorporated areas of the county.

Eddy County Board of Commissioners approved the measure Tuesday after Eddy County Manager Allen Davis said the County didn’t have the staff to deal with the application and validation process laid out by the New Mexico Department of Finance and Administration (DFA).

“The City of Carlsbad is going to use the CDOD, Artesia is going to use the Artesia Chamber of Commerce. I’m recommending that we go with CDOD and direct CDOD to look at all unincorporated areas of the county, we’ll work closely with everyone to make sure that as much as possible we get all businesses to get an application if they meet the criteria and qualifications,” Davis said.

In a memo to commissioners, Davis said DFA allocated Eddy County $931,875 to award to small businesses in Eddy County. Once applications are submitted, compiled, reviewed and recommended, DFA could distribute funds by December or earlier, Davis wrote in his memo.

Had Eddy County not hired the CDOD to perform the work, Crockett said Eddy County staffers could be dealing with nearly 500 applications.

Davis said CDOD would send a letter of introduction with each packet, along with information on how to complete the application.

“They (CDOD) would get this out in advance to all of those businesses,” Davis said.

Crockett said CDOD Director John Waters has plans to meet with leaders in the Villages of Loving and Hope along with mailing information to business owners in the unincorporated areas of Eddy County.

More:City of Carlsbad update: What you need to know about the CARES Act

The application period begins on Monday and closes on Oct. 16 at 5 p.m. The goal of Eddy County is to issue notices of award and reimbursement checks within a week of state approval, but no later than January 15, 2021. Payments will be made by Eddy County directly to the small business, read an Eddy County news release.

Eligibility requirements, application forms, required documentation and packets you can be found online at www.developcarlsbad.org. Anyone with questions may contact the Carlsbad Department of Development at 575-887-6562.

How much stimulus check money could you get? Calculate your payment with this tool