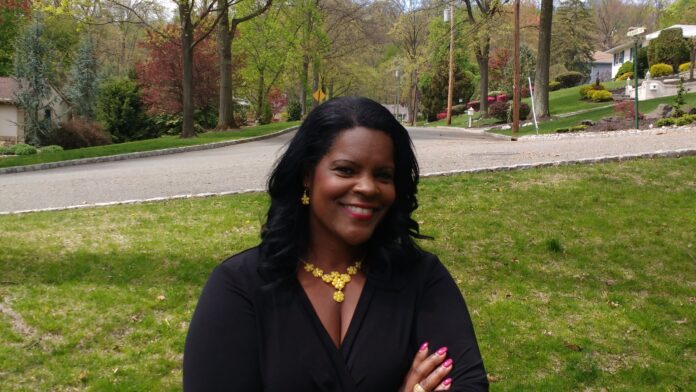 Paying off debt, whether it’s a big credit card balance or a personal loan, doesn’t just happen overnight. Instead, it’s something most people work toward for many months and years.

For Lynnette Khalfani-Cox, The Money Coach® and author of “Zero Debt: The Ultimate Guide to Financial Freedom,” it took nearly three years — and a lot of self-discipline — until she paid off a whopping $100,000 in credit card debt.

“I used credit as a crutch and as a lifestyle tool,” Khalfani-Cox tells CNBC Select. “When I didn’t have money for something, I whipped out a credit card.”

When Khalfani-Cox reached her early 30s, she started getting declined for purchases and new credit because her credit cards were maxed out. It was then that she realized her debt was a big problem.

She soon made it a point to finally get rid of her high balances and use her credit cards as a financial tool. “I had to learn to practice delayed gratification, save up for some things and plan my spending — without just thinking: ‘I want it now, so I should get it now.'”

But Khalfani-Cox didn’t pick up just one new financial habit while working to pay off the debt. Here are all the steps she took during her three-year and 6-figure debt payoff journey.

1. She started doubling and tripling her credit card payments

According to Khalfani-Cox, this was an important step in the process of getting out of debt. Before she got aggressive about her payoff plan, she was only making minimum payments each month.

“That was a debt trap and part of why I stayed in debt so long,” she says. “Once I started making two and three times the minimum payments required, I was able to more quickly chip away at those bills.”

Paying more than the minimum allows you to actually make a dent in your principal balance in addition to the interest accrued.

2. She opted out of getting additional credit card offers

This was an easy step to take and one that helped Khalfani-Cox avoid the temptation of scoring a new credit card sign-up bonus and, thus, spending more.

“When you’re already deep in debt, you just don’t need that extra temptation,” she says. To reduce the number of unsolicited credit card offers you receive, the Federal Trade Commission (FTC) says that you can opt out of receiving them for five years by calling toll-free 1-888-5-OPT-OUT (1-888-567-8688) or by visiting OptOutPrescreen.com, which are both operated by the major consumer reporting companies.

3. She used every windfall of cash that she had

Khalfani-Cox says she put any bit of extra money toward her credit card debt, including year-end bonuses, raises and income tax refunds. In fact, the last $30,000 she paid off was thanks to a very specific windfall: a plot of land in Newark, New Jersey, that she and her husband decided to sell. While many people with credit card debt might not be able to sell a real estate investment, it’s worth remembering that money can come from all sorts of places or things you own that you no longer need — no matter how big or small.

4. She negotiated with every creditor

Khalfani-Cox knew that with each day that passed, interest accrued on her already high credit card balances. She decided to call her creditors and negotiate lower interest rates.

“I got all my credit cards down to either 0%, 2.9% or 4.9%,” she says. This helped to significantly lower her payments, given that credit cards charge notoriously high, double-digit interest that can easily cause cardholders’ debt to balloon.

To free up even more money to pay down her credit card debt, Khalfani-Cox looked at ways to lower the monthly payments on her other types of debt, including refinancing the interest rate on her auto loan.

5. She wrote down everything she owed

Khalfani-Cox admits she was in denial about her high credit card debt — what’s known as the “ostrich effect” in behavioral economics. She didn’t think her debt was that big of an issue because she had consistent jobs, a six-figure income, a 401(k) and she paid all her bills on time (even if only the minimum).

When it finally came time to face her debt, she decided to list everything she owed in writing. “This was the eye opener that helped me realize how deep in debt I really was,” she says. Writing it out and seeing her debt also helped Khalfani-Cox create a budget so she could allocate her money strategically. She found that she had to even make some tough financial choices, like changing where her kids went to school.

“I used to go off on trips and not worry about whether I could really afford that vacation because I would just charge everything,” Khalfani-Cox says. While she was good at saving, she admits that her spending was “out of control.” She quickly learned the importance of cutting back on frivolous spending, like vacations and dinners out. In fact, she still adheres to certain strategies to travel smart today, such as having a budget upfront and writing off certain travel expenses. “Because I’m a business owner now, I’m able to combine certain business trips with recreational activities in order to get tax deductions for various forms of travel.”

7. She picked the debt payoff strategy that worked for her

The same debt payoff strategy doesn’t work for everyone. While some may prefer paying off balances with the highest interest first (the avalanche method), others might prioritize paying off their smallest balances so to feel motivated from the start (the snowball method). Khalfani-Cox chose a third option. With her “true pain point” being excessive spending, and causing her dollar balances to skyrocket, she focused on paying off the credit cards with the highest dollar balances first. “It was motivational for me to see the cards with those high balances go down month after month,” she says. “That kept me on track and determined to stick to my debt payoff plan.”

Today, Khalfani-Cox has six credit cards, including one a business credit card, and she says she generally pays off her balances in full each month. The only times she carries a balance is either for cash flow purposes or because she has an introductory 0% APR offer, thereby costing her no interest.

Credit cards offering a period of zero interest come in handy if you’re not able to immediately pay off a new purchase on your credit card. And if you carry any credit card debt, look for one that offers 0% APR on balance transfers so that you can transfer your debt to a card that lets you chip away at your balance without accruing any additional interest.

Information about the U.S. Bank Visa® Platinum Card has been collected independently by CNBC and has not been reviewed or provided by the issuer of the card prior to publication.

Most cards offering 0% APR balance transfers, like the U.S. Bank Visa Platinum Card above, require having good or excellent credit to qualify. If you’re someone with credit card debt and a less-than-stellar credit score, consider the Aspire Platinum Mastercard® instead as applicants with fair credit may qualify.

Information about the Aspire Platinum Mastercard® has been collected independently by CNBC and has not been reviewed or provided by the issuer of the card prior to publication.

After paying off her six-figure debt, Khalfani-Cox has since adopted what she calls a “Zero Debt mindset.” She continues to follow the steps above to be more prudent in her credit card usage and to limit taking on any additional debt.

And even though she had to overcome a lot of credit card debt, she has never stopped using them (and still holds onto one she’s had for nearly 20 years). Instead, she just got smarter about how to have them as a financial tool.

“Using credit cards regularly has helped me build an excellent credit rating, become more disciplined as a spender and also be more critical as a consumer,” she says.

Information about the U.S. Bank Visa® Platinum Card and Aspire Platinum Mastercard® has been collected independently by CNBC and has not been reviewed or provided by the issuer of the card prior to publication.

Editorial Note: Opinions, analyses, reviews or recommendations expressed in this article are those of the CNBC Select editorial staff’s alone, and have not been reviewed, approved or otherwise endorsed by any third party.