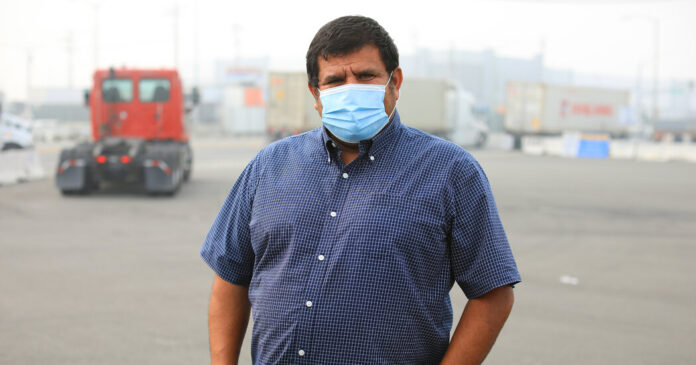 While he usually had sent his parents, children and siblings in Mexico $600 a month, he managed only $300 for three consecutive months this spring. So this month, Mr. Romero, 42, traveled 240 miles from his home in Jessup, Md., to work in Virginia Beach.

“We aren’t going to let down our families who depend on us,” Mr. Romero said during a work break with two fellow immigrants, one from Guatemala, the other from El Salvador, who had traveled with him to the area.

Last year, workers abroad pumped more than $100 billion into Latin America, a record. The bulk of it originated in the United States, with Mexico being the biggest recipient.

Often used to purchase essentials like food and medicine, the money is key to alleviating poverty in those countries. But remittances also enable families to afford schooling, household appliances and better housing. In Guatemala, Latin America’s second-largest recipient of U.S.-generated remittances, buildings erected with the help of immigrants in the United States are ubiquitous in Indigenous villages.

To be sure, unemployment among immigrants in the United States has spiked, as it has for the overall population, and the situation has been especially challenging for those who are undocumented because they are not eligible for federal assistance. But immigrants with green cards might have been buoyed by unemployment payments, which enabled them to keep sending money abroad.

Some immigrant workers also have been less adversely affected by the pandemic because of the labor they perform. While they are overrepresented in service-sector jobs that have been hardest hit by the downturn, such as hotels and restaurants, foreign-born workers also make up a large share of the work force in industries that have been spared, such as food processing and agriculture.

That helps explain why the total value of remittances during the first six months of 2020 actually climbed in some countries, including Mexico, Nicaragua and the Dominican Republic, by 10 percent, 5 percent and 3 percent, respectively, compared with the same period a year ago.