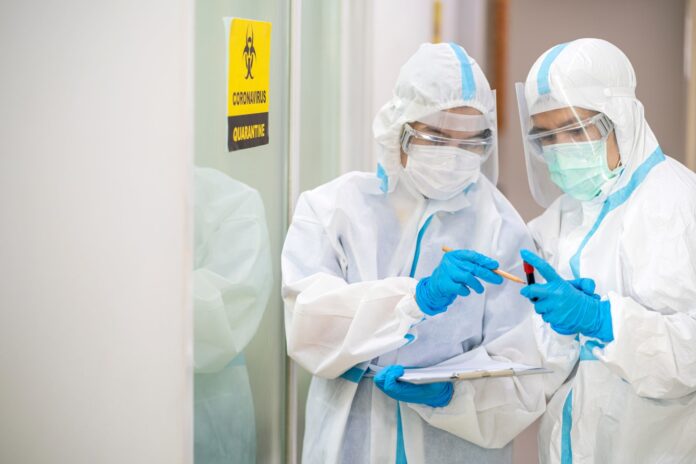 Moderna, Inc. (MRNA) sparked a big buzz in July with its COVID vaccine candidate, mRNA-1273. The company engages in the development of transformative medicines based on messenger ribonucleic acid (mRNA). MRNA is developing therapeutics and vaccines for infectious diseases, immuno-oncology, rare diseases, cardiovascular diseases, and autoimmune and inflammatory diseases, independently and with strategic collaborators.

MRNA is one of the best performing COVID vaccine-maker stocks so far this year with record revenue growth. In the second quarter ended June 2020, MRNA’s top-line increased 407%. It reported a loss of $0.31 per share, significantly improving from the year-ago loss of $0.41 per share. Research and development expenses were $151.9 million for the quarter compared to $128.3 million in the comparable period last year.

The vaccine candidate generated antibodies that neutralize the virus in each study participant during the phase 1 trials. Hence, despite growing competition in developing the first vaccine, the stock gained 243% year-to-date. However, the uncertainty related to the stock’s continued momentum based on a number of factors has made our proprietary rating system rate it as “Neutral.”

Here is how our proprietary POWR Ratings system evaluates MRNA:

MRNA has received approximately $400 million of customer deposits as of July 31, 2020, for the potential supply of its Covid-19 vaccine. Phase 3 study of the same has been initiated in July and is being conducted in collaboration with the National Institutes of Health (NIH) and Biomedical Advanced Research and Development Authority (BARDA). The company is on track to complete enrollment in September 2020.

In terms of proximity to its 52-week high, which is a key factor that our Buy & Hold Grade takes into account, MRNA is not positioned well. The stock is currently trading 29.5% below its 52-week high of $95.21.

MRNA has had its share of skeptics since none of its drugs, and the technology which makes them possible has paid off in real life to date. But developing an effective COVID vaccine could reverse that narrative. The company has no approved products in its portfolio and has many products in its pipeline that are in phase 1 or 2 trials, or the preclinical testing stage.

The second quarter marked a new growth phase for MRNA as it has started to build its commercial team. The company stated that as of August 5, it had “23 mRNA development candidates in its portfolio with 13 in clinical studies.”

MRNA is currently rated #66 out of 373 stocks in the Internet industry. Other popular stocks in the group are Amgen Inc. (AMGN), Genmab A/S (GMAB) and Alexion Pharmaceuticals, Inc. (ALXN). MRNA comfortably beat the year-to-date gains of the three industry participants. AMGN, GMAB, and ALXN returned 2.7%, 61.4%, and 4%, respectively, over this period.

MRNA is part of the StockNews.com Biotech industry, which is ranked #64 out of the 123 industries. The industry is considered one of the riskiest for investors as drug development success is a difficult and costly process. However, in the race to develop an efficient coronavirus vaccine, the industry is facing a thorough competition from the pharmaceutical giants.

Overall, MRNA is rated a “Neutral” as it’s phase 2 study is still underway to examine the vaccine further, when it’s phase 3 trails started at the end of July already. However, the stock possesses an impressive quarterly performance, short-and-long-term bullishness, and solid price momentum, as determined by the four components of our overall POWR Rating.

There are presently at least 212 coronavirus vaccines in development, with 33 in clinical testing worldwide. MRNA enjoyed a boost from positive results out of the company’s phase 1 study. However, after the recent pause in the trial of AstraZeneca’s vaccine candidate, investors have become conservative with the realization that many things can go wrong in the vaccine development process.

Analyst sentiment, which gives a good sense of a stock’s future price movement, is notable for MRNA. The average broker rating of 1.27 indicates a favorable analyst sentiment. MRNA has the potential to grow significantly in the upcoming months if its phase 2 results turn out to be appealing.

7 Best ETFs for the NEXT Bull Market

Is the Stock Market Correction Over?

Chart of the Day- See the Stocks Ready to Breakout

About the Author: Sidharath Gupta

Sidharath’s passion for the markets and his love of words guided him to becoming a financial journalist. He began his career as an Equity Analyst, researching stocks and preparing in-depth research reports. Sidharath is currently pursuing the CFA program to deepen his knowledge of financial anlaysis and investment strategies. More…

More Resources for the Stocks in this Article

#8 Simple Money Management Tips to Follow in Your Daily Life

Analysts are bullish on stocks like Amazon and CarMax