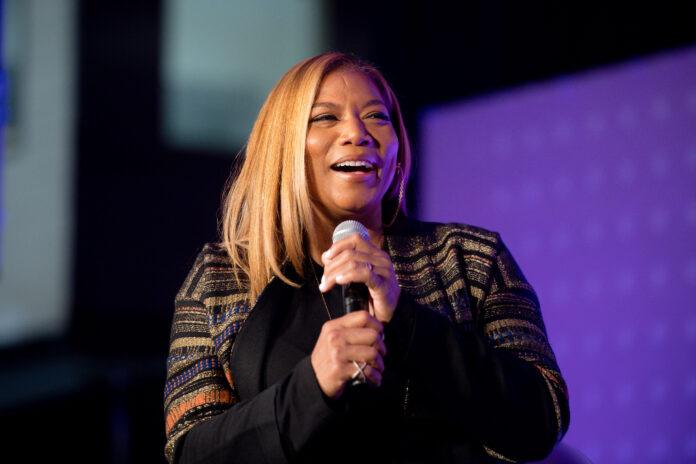 Dana Elaine Owens, better known by her stage name Queen Latifah, launched her rap career in high school when she won a talent show competition. By the age of 19, Latifah had released her first album, “All Hail the Queen” in 1989 with Tommy Boy Records. Her popularity quickly grew, and she won her first Grammy at 23, launching herself into worldwide fame.

And with fame came money, something Latifah didn’t know much about. But she had to learn fast.

“I didn’t grow up really learning economics in that way,” Latifah, who grew in East Orange, New Jersey, with a police officer father and school teacher mother, tells CNBC Make It. “I had my little bank book that my mom had for us, and we saved money, but clearly we were supposed to be doing a few other things with that money.”

So to learn how to be smart with money, Latifah says she read Suze Orman’s 1997 book, “The Nine Steps to Financial Freedom.” Orman’s book uses a nine-step program to teach readers how to handle money, as well as how to break psychological barriers holding them back from reaching their financial goals (fear, shame and anger are obstacles to wealth, according to Orman).

For one thing, it helped her figure out how much money she “really needed to live the life that she wanted,” she says.

It also helped her better communicate with her accountant. “We were able to have more intelligent conversations and he was able to explain a lot of things to me,” Latifah says.

The book even taught her to truly value her money. In fact, as she was reading the book, Latifah says she found some crumpled up dollar bills in one of her pockets — she decided from then on, she was going to take better care of every dollar she earned.

But the main lessons Latifah says she learned was how to create and prioritize your goals when it comes to money, and to have an “end game” to help you stay on track.

“[T]here’s got to be a goal to…take care of your family or to be able to live a certain way.. or to be able to travel.. whatever those things are…just try to identify that,” Latifah says. Without an end goal in mind, you won’t be able to reach your financial destination, she says.

But Latifah, now 50, also knows having a lot of money isn’t everything.

Amid Covid-19, Latifah has been raising awareness on the health care disparities affecting underserved Black and Latino communities around the country. On Saturday, Latifah is hosting a Facebook Live event benefit for the American Lung Association to raise money for those communities to provide public health education during the pandemic. Other celebrity guests include Gabrielle Union, LL Cool J and Katharine McPhee.

“This has been one year that everyone’s eyes should be open to a lot of things,” Latifah says.

Check out: Americans spend over $5,000 a year on groceries—save hundreds at supermarkets with these cards

The book Olympic skier Lindsey Vonn thinks ‘everyone should read’

Michelle Obama: Why going ‘high’ when faced with a challenge is so important to her

How to Finance Home Schooling Your Children