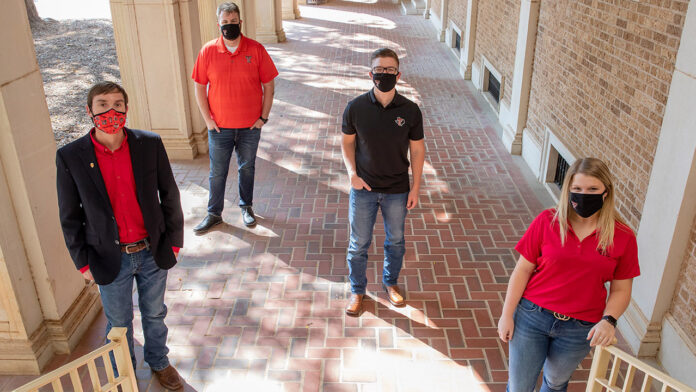 In the two decades since the challenge began at Texas Tech, the university’s team has consistently been among the top eight in the competition, earning second- and third-place finishes in various years and their first first-place finish in 2018. For the first time in the competition’s history, this year’s teams – including Texas Tech team members A.J. Bunn, McKenzie Arrott and Rob Tuckfield – competed virtually.

“A.J., Kenzie and Rob put in a tremendous amount of preparation for the competition,” said coach Michael Guillemette, an assistant professor of personal financial planning. “We are so proud of the way they represented Texas Tech.”

The Financial Planning Challenge is the culmination of a months-long effort. In Phase 1, which took place in the spring, all participating teams had to compile a written financial plan for a hypothetical client. Students could not seek advice or help from professionals, including their coach.

Phases 2 and 3 took place this week during the virtual 2020 FPA Annual Conference. In Phase 2, on Tuesday (Sept. 29), each team orally presented its case study to a panel of judges. Phase 3 on Wednesday (Sept. 30) was the “How Do You Know?” Challenge, a “Jeopardy”-style quiz bowl that tests teams’ financial-planning knowledge.

The winners were announced Friday (Oct. 2) during a Zoom call with participants. Teams from the University of Wisconsin and Utah Valley University took second and third place, respectively.

“Kenzie, Rob and A.J. competed at an extremely high level,” said Vickie Hampton, chair of Personal Financial Planning. “Their client presentation was the best I have ever seen – smart both in content and communication, and so creative! We are very proud of them and of the students they represent.”

As the first-place finisher, Texas Tech’s team earned a $10,000 scholarship for the university. Each team member will receive one hour of career coaching from Caleb Brown at New Planner Recruiting and a full scholarship to FPA’s highly acclaimed Residency Program.

Need Help With Your Money During A Pandemic? Here’s Some Financial Tips!