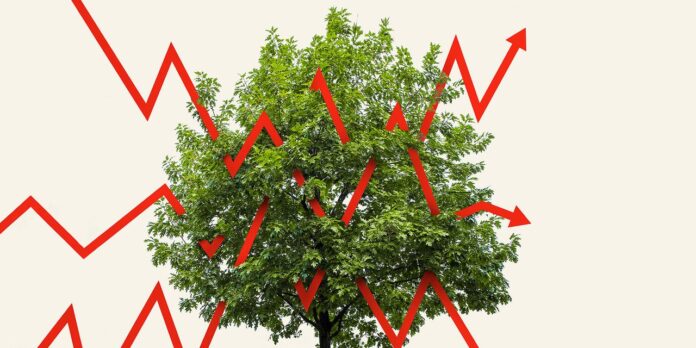 But whatever the name, they all have one thing in common: a lot of misunderstanding.

That’s because investors think they know intuitively what socially responsible/social-impact/impact/ESG investing is all about. But many of their assumptions are superficial at best or just plain wrong. Here’s a closer look at some of those assumptions—and why they may not be quite as accurate as many people believe.

Consider two other examples. First, the Ave Maria mutual funds reflect conservative, religion-based values corresponding to the precepts of the Roman Catholic Church. The company says that “all investments are screened to eliminate any company engaged in abortion, pornography, embryonic stem cell research, or those that make corporate contributions to Planned Parenthood.”

Then there’s the Vitium Global mutual fund, formerly known as the Vice Fund. The fund’s values might be described as libertarian, poking fingers in the eyes of liberals and conservatives alike. The fund’s prospectus says that the fund “will invest at least 80% of its net assets…in equity securities of companies that derive a significant portion of their revenues from a group of vice industries that includes the alcoholic beverages, defense/aerospace, gaming and tobacco industries.”

• Socially responsible people shouldn’t separate their values from their investments.

A banker described to me doing precisely that when he invests in international mutual funds. “Do I investigate the companies in those international funds and determine whether they are paying their workers fair wages?” he says. “Absolutely not.”

Yet by making as much as possible, the banker believes, he is better able to stay true to his values. He and his wife devote a lot of time to their church’s activities, “whether helping the community, educating the children, helping the church financially or working in the soup kitchen.”

Other investors, however, would recoil at this. Advice to separate values and investments makes as much sense to them as advice to observant Jews to replace expensive kosher beef with cheaper pork and donate the savings to their synagogues.

I hear both arguments all the time. If you’re a fan (or a seller) of socially responsible investments, you often argue that the returns are higher than a diversified index fund’s. If you’re not a fan, you say the opposite.

Both sides have plenty of evidence to bolster their claims. That’s because there are hundreds, if not thousands, of studies comparing the returns of socially responsible investments to those of conventional investments. Some found that socially responsible investments yield higher returns than conventional ones, others found the opposite, and most found no statistically significant differences between the two returns.

For instance, when I studied four socially responsible indexes, I concluded that their returns were somewhat higher than the returns of the conventional S&P 500 index, but the difference between returns wasn’t statistically significant.

• Socially responsible investors are unwilling to sacrifice returns for their values.

But the evidence also suggests that at least some investors are willing to sacrifice portions of their returns for staying true to their values. These investors expect to earn lower returns on their socially responsible funds than on conventional funds and are willing to pay higher fees.

What assumptions have you made about socially responsible investing? Join the conversation below.

• Socially responsible investors do good for others by divesting stocks of companies inconsistent with their values.

There’s no question that investors get an emotional benefit by divesting stocks of companies that are inconsistent with their values. But do they do good for others? For instance, do investors deprive tobacco companies of money by divesting their stocks, thereby constraining the production of tobacco products and limiting the harm they do?

Socially responsible investors who divest stocks of tobacco companies don’t submit them to these companies for redemption, as they do with mutual funds stocks. Instead, they sell their stocks to conventional investors. Therefore, divesting stocks doesn’t deprive tobacco companies of money directly.

Having said that, this “punishment” may not, in reality, necessarily deprive these companies of money. This is because some of these shunned companies may have so much money in hand that they don’t need to raise money.

In addition, socially responsible investors may be able to do good by actively owning the individual stocks of companies inconsistent with their values. For example, socially responsible investors can raise questions at a general meeting of the shareholders, file shareholder resolutions and complaints with regulators or issue statements to the news media.

Dr. Statman is the Glenn Klimek professor of finance at Santa Clara University’s business school and author of “Behavioral Finance: The Second Generation” (available free at cfainstitute.org). He can be reached at [email protected]