Tom Jolliffe on when spending in Hollywood gets out of hand…

Money is great isn’t it? It makes the world go round, and since the birth of the studio system in Hollywood, a lot of money has been thrown into creating movies. Even making films deemed lower budget can be deemed a costly exercise. Actors still earn millions doing straight to video movies if they’re lucky. People wonder why Bruce Willis bothers with acting, when the last decade of predominantly straight to VOD work has him looking almost bored to comatose, but the fact is, he’s probably earning comfortably seven figures for these films, even when they look cheap and hastily cobbled together. On the higher end of the scale, the big studios are spending almost grotesque amounts of money on films. The last two Avengers movies probably cost close to a billion dollars all told. Of course in return, they grossed almost $5 billion at the box office (and undoubtedly further innumerable 00’s on physical and streaming). As much as Marvel/Disney spent on those however, there’s a certain assurance that comes with Marvel properties at the moment. This assurance isn’t always the case.

This crazy spending goes way back of course. Many a mercurial auteur, lucky enough to blag themselves an open cheque book with a studio, has spent wildly on making films, or indeed spending their own money on making these things happen. Think back to Howard Hughes and his obsessive desire to become a cinematic voice. The money he blew in creating his films (such as Hells Angels, or The Outlaw) was crazy. Budgets skyrocketed and got out of hand. Orson Welles had a tendency for similar too. Later, Cleopatra, still often cited as one of the most sprawling and expensive films ever made, was another exercise in excess. Many of these films initially bombed, taking a long time to turn a profit. If you’ve got it flaunt it, and sometimes this spending seems little more than an excuse to flaunt your ability to do so. It portrays an image of scale and affluence. Mine is bigger than yours. There is something about creating what you might bill as the biggest film ever made, as extravagant showing off. Ironically of course, particularly in the previous century, many of these excessively expensive films struggled to recoup their costs on initial runs. Take Waterworld for example, in more recent times, it was an early 90’s entry into mega budget cinema, which failed dismally at the box office. In many cases too, these films, with such a focus on being big, lavish and impressive, lose a grip on narrative and characterisation. Cleopatra wasn’t given a friendly welcome by critics. Waterworld, some 30 years after Cleopatra, was savaged by critics and became something of a figure of fun (I kind of loved it at the time, and think it’s a little undervalued).

So much of the business is driven by money and ego. Mix the two together and there can be a blindness to the content itself. Tommy Wiseau has infamously become a kind of Anti-Auteur after financing, producing, directing, writing and starring in The Room. Ultimately, though the film was a master-class in what not to do in creating film, it has ended up being hugely successful. Even if by accident more than design, Wiseau has gathered a level of infamy and a popularity that you wouldn’t ordinarily associate with films that bad. It would ordinarily have been deemed crazy for someone to blow millions on creating their own film but Wiseau managed to find an audience, even if they were laughing at a film that wasn’t intended as a comedy. 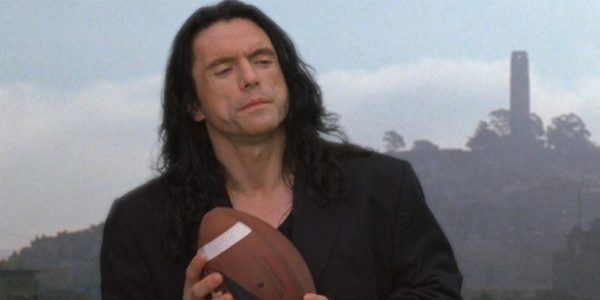 Step forward to present times and studios still continue gambling huge amounts of money. Netflix is on a constant push to develop and create their own content now. They’re running up huge debts but still spending big on films, that on the most part feel a little production line, lacking in a particular creative vision or distinct directorial style (excluding those films where they’ve allowed visionaries like Scorsese carte-blanche). Films often look interchangeable and occasionally not as expensive as the budgets would suggest, as they’ve been cranked out. They look, historically speaking, like TV movies still. How does one spend so many millions on streaming content films and turn a profit on it? The ins and outs of it still seem vague compared to a more crystal clear line when releasing something at cinemas or on physical media.

The most recent example of astonishing over expense is Zack Snyder’s Justice League. This is a film that has already had extensive reshoots prior to a theatrical release that was deemed unsuccessful. Since the release of that film often described as incoherent and messy, many die hard fans of Snyder were pushing for a ‘Snyder cut.’ Initially it seemed unlikely (because if the film has already been a financial disappointment, it seemed a studio would be loathe to potentially spend and lose more) but now has become a reality. Among suggestions, we’ve already heard this will be transferred into the form of a mini-series and that even prior to now rumoured reshoots, Snyder could have cobbled a four hour cut of what he’d already shot before getting pushed from the project (with Joss Whedon coming in and reshooting large portions). We’re a few years on from the film’s initial green light, and to an extent, it’s had three separate shoots (including these new upcoming add ons). That’s a couple of additional, and no doubt hefty, chunks of budget added to the original (and no doubt, lavish) budget. 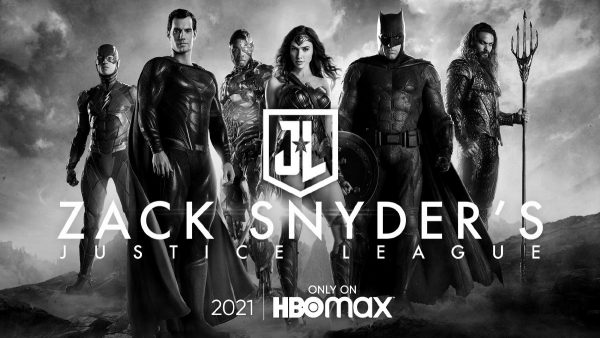 A pinch of salt is always required when discussing the cost of films, from production to post and marketing, but now there are suggestions that this additional week of filming could cost up to $70 million. For context, John Wick: Chapter 3 – Parabellum, a big financial success, cost $75 million to make. You could almost make an entirely new film for that much, and make something that can still gross big money. Yet here they are, flogging the perennial dead horse to shoot additional footage for a project that will go on a streaming platform. Again, like Netflix, just how does one rationalise the success of such a project? Will HBO Max have an upsurge in subscriptions ahead of Snyder’s Justice League? Undoubtedly, but they surely would, even piecing together an edit from existing Snyder footage and not spending a further huge amount on it.

In the end, whether anything vaguely coherent can be made from the concept remains to be seen, and whether further money will go toward making abominable CGI look less like a PS1 cut scene is also interesting (there have been redesigns, but CGI costs, and just how extensive they go, we shall see). As a segmented serial for the home market, this could work though, whereas the theatrical version we saw in cinemas a few years back was one of the worst films of recent memories, an astonishing mess. Still, many expensive films exists with little regard for coherence or clear vision. There’s this sense that just throwing money on screen is enough. A lot of Marvel films are structurally messy (but still work) and the last Star Wars episode was far worse than the much vilified one which preceded it. It is still a monumental and almost vulgar expenditure, but hey, this is Hollywood.

Tom Jolliffe is an award winning screenwriter and passionate cinephile. He has a number of films out on DVD/VOD around the world and several releases due in 2020/21, including The Witches Of Amityville (starring Emmy winner, Kira Reed Lorsch), War of The Worlds: The Attack and the star studded action films, Renegades (Lee Majors, Billy Murray) and Crackdown. Find more info at the best personal site you’ll ever see…https://www.instagram.com/jolliffeproductions/

How to Finance Home Schooling Your Children