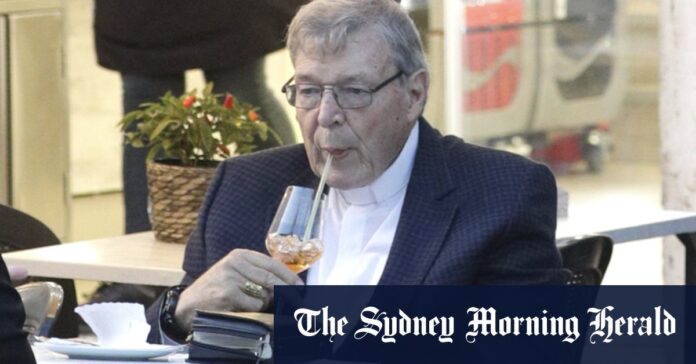 “My client denies any knowledge or receipt of any payments,” Ms Waller said.

“He won’t be commenting further in response to these allegations.”

In 2018 Cardinal Pell was found guilty by a jury of sexually assaulting two choirboys at St Patrick’s Cathedral in East Melbourne after a Sunday mass in the 1990s. One of the former choirboys died in 2014 without ever reporting the allegations to police.

Cardinal Pell, 79, was jailed in early 2019 but in April this year, after spending 13 months behind bars, he was released from prison and had his convictions quashed after a successful appeal to the High Court.

The High Court decision did not repudiate the former choirboy, with both Cardinal Pell’s senior counsel, Bret Walker, SC, and Victoria’s Director of Public Prosecutions, Kerri Judd, QC, agreeing in their submissions to the court that he was a credible, believable witness.

The publication of reports in Italy coincides with Cardinal Pell’s return to the Vatican for the first time since he left Rome in 2017 to return to Melbourne to face the criminal charges.

Before he returned to Italy last month, Cardinal Pell released a statement saying: “I hope the cleaning of the stables continues in both the Vatican and Victoria.”

A report in Corriere della Sera quoted a dossier of leaked documents, including wire transfers linked to Cardinal Becciu.

The rivalry between Cardinal Pell and Cardinal Becciu dates back to at least 2016 when the Australian, in his then role as the Vatican’s treasurer, ordered an audit of the Holy See’s finances.

Last month, Cardinal Becciu resigned from his position at the Vatican’s office responsible for recognising saints. He and other Vatican officials are under investigation over their alleged involvement in a financial scandal.

Adam Cooper joined The Age in 2011 after a decade with AAP. Email or tweet Adam with your news tips.

Aphena to invest $21m in Cookeville expansion, Tennessee, US