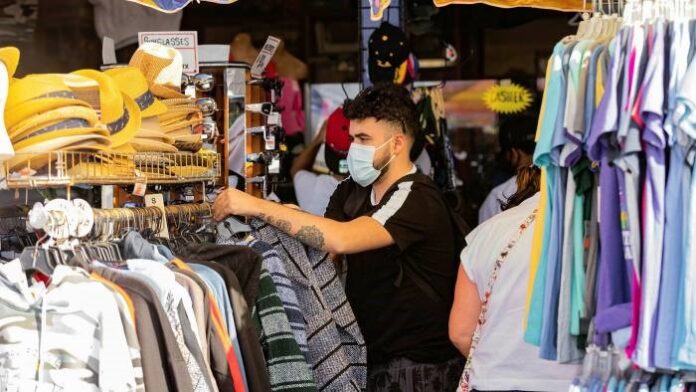 In March, the consumer price index of the United States hit the biggest increase in nearly nine years. The end of the anti epidemic blockade measures rebounded the number of travelers, pushing up the prices of gasoline, car rental and hotels.

As more states ease lockdowns and more Americans receive the Covid-19 jab, pent-up demand is expected to be unleashed © Bloomberg

Data released by the U.S. Department of labor on Tuesday showed that the consumer price index rose 0.6% month on month and rose 0.4% in February. The surge in gasoline prices accounted for nearly half of the overall increase in March.

At the same time, CPI rose by 2.6% on a year-on-year, which is somewhat distorted due to the decline of epidemic related prices in March 2020. Within a few months, the impact will begin to subside, which is why Fed policy makers believe that the current price pressure is only temporary and does not pose a great threat to the economy.

Investors didn’t pay much attention to the price data, and the bonds were basically stable. Instead, the focus of the market was on the news that health officials in the United States called for the temporary suspension of J & J COVID-19 vaccine for fear of causing thrombosis.

“The data is slightly stronger than the official consensus, but lower than some people are worried about,” Matt Maley, chief market strategist at Miller Tabak + Co., said of the CPI report. Add the J & J news, “which means the Fed is likely to continue to provide a lot of stimulus.”

But the latest CPI data has fueled an already heated debate over the US inflation track, especially the stronger than expected producer prices just released by the US labor department last week.

Some analysts and economists say the backlog of demand and trillions of dollars of government spending will keep inflation going up.